Posted on September 22, 2021 by akutil86
Posted in Uncategorized | Leave a comment

Posted on June 21, 2021 by akutil86
Posted in Uncategorized | Leave a comment

Posted on June 21, 2021 by akutil86
Posted in Uncategorized | Leave a comment

Together We Can Build Acceptance!

With hard work and determination from all of our supporters, OAR surpassed its outreach goals for April.

Posted on June 19, 2021 by akutil86
Posted in Uncategorized | Leave a comment

Federal Research Funding and the IACC

OAR takes a look at a study that asserts that federal funding for autism research has not followed IACC recommendations.

Please forward to Representative Pocan, Senator Baldwin and Senator Johnson.
Comments from Alvin Kutil — Autism Society Advocate
This legislation was introduced in 2009, as mentioned below.
The practice of Seclusion and Restraint MUST STOP! People with autism have DIED because of this practice!
This process is to segregate people of color and disability.
How long must we wait for Congress to Act?!
More people have entered the school-to-prison pipeline, and have been scarred for life!
Our RIGHTS have been ignored long enough! Lets also stop wasting the people’s money and end the school to prison pipeline, which is anathema to our CONSTITUTION! Its high time we end this discrimination, and uphold the ideals embodied in our Constitution.

ASAN commends Congress for its reintroduction of the Keeping All Students Safe Act (KASSA). KASSA would ban almost all kinds of restraint and all kinds of seclusion across all 50 states, and would require school districts to collect data to prevent further use of these harmful practices. We urge Congress to move swiftly to pass this long-overdue legislation.

We thank Congress for taking the first steps towards ending the violent, traumatic victimization of students with disabilities in our nation’s public schools — but our community needs this law to pass in order to actually protect students in our communities. The bill that would become KASSA was first introduced in 2009, over a decade ago. Since then, it has repeatedly stalled after being introduced in Congress after Congress, while students with disabilities and students of color continue to be subjected to these violent practices. We call upon Congress to work quickly and pass the Keeping All Students Safe Act, and to finally ensure that all students can participate in school without life-threatening restraint and seclusion. It is long past time for this violence to end.

The Autistic Self Advocacy Network seeks to advance the principles of the disability rights movement with regard to autism. ASAN believes that the goal of autism advocacy should be a world in which autistic people enjoy equal access, rights, and opportunities. We work to empower autistic people across the world to take control of our own lives and the future of our common community, and seek to organize the autistic community to ensure our voices are heard in the national conversation about us. Nothing About Us, Without Us!

Posted on June 15, 2021 by akutil86
Posted in Uncategorized | Leave a comment

How powerful are essential oils? Read this story of an 11 year old working at NASA 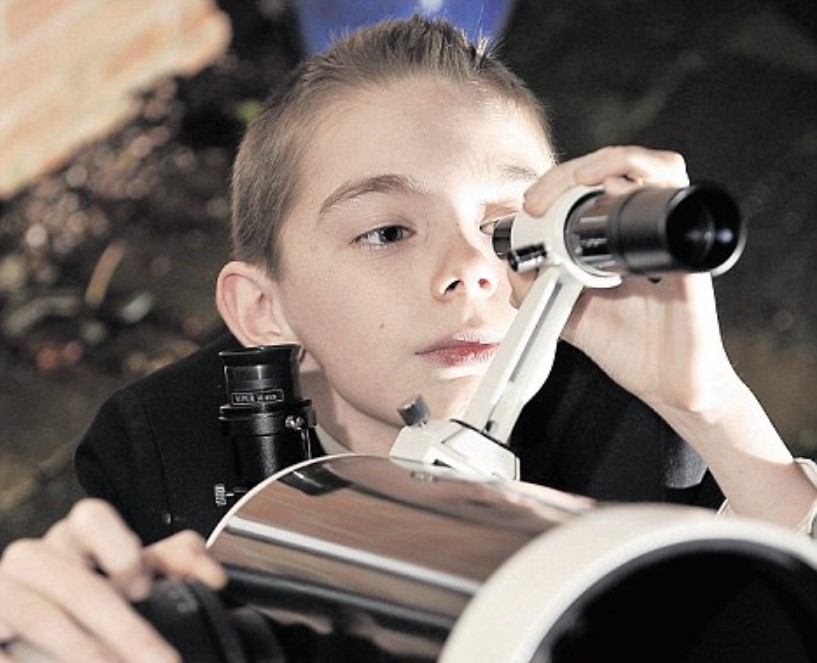 Surpassing human limits, Zack Brandt is the first ever human who defeated a working machine. Despite his learning difficulty, he can calculate space travel trajectories quicker and more accurately than any supercomputers.

Now at age 11, he is the youngest employee in a top science institution known to all.

Zack did not have an ordinary childhood. He was constantly being picked on in school that even teachers had a hard time handling him.

It all started when he was trying to cross the street; unfortunately he got into a road accident during his attempt. Even though he survived, the incident scarred him for life and gave him a lifelong severe trauma. 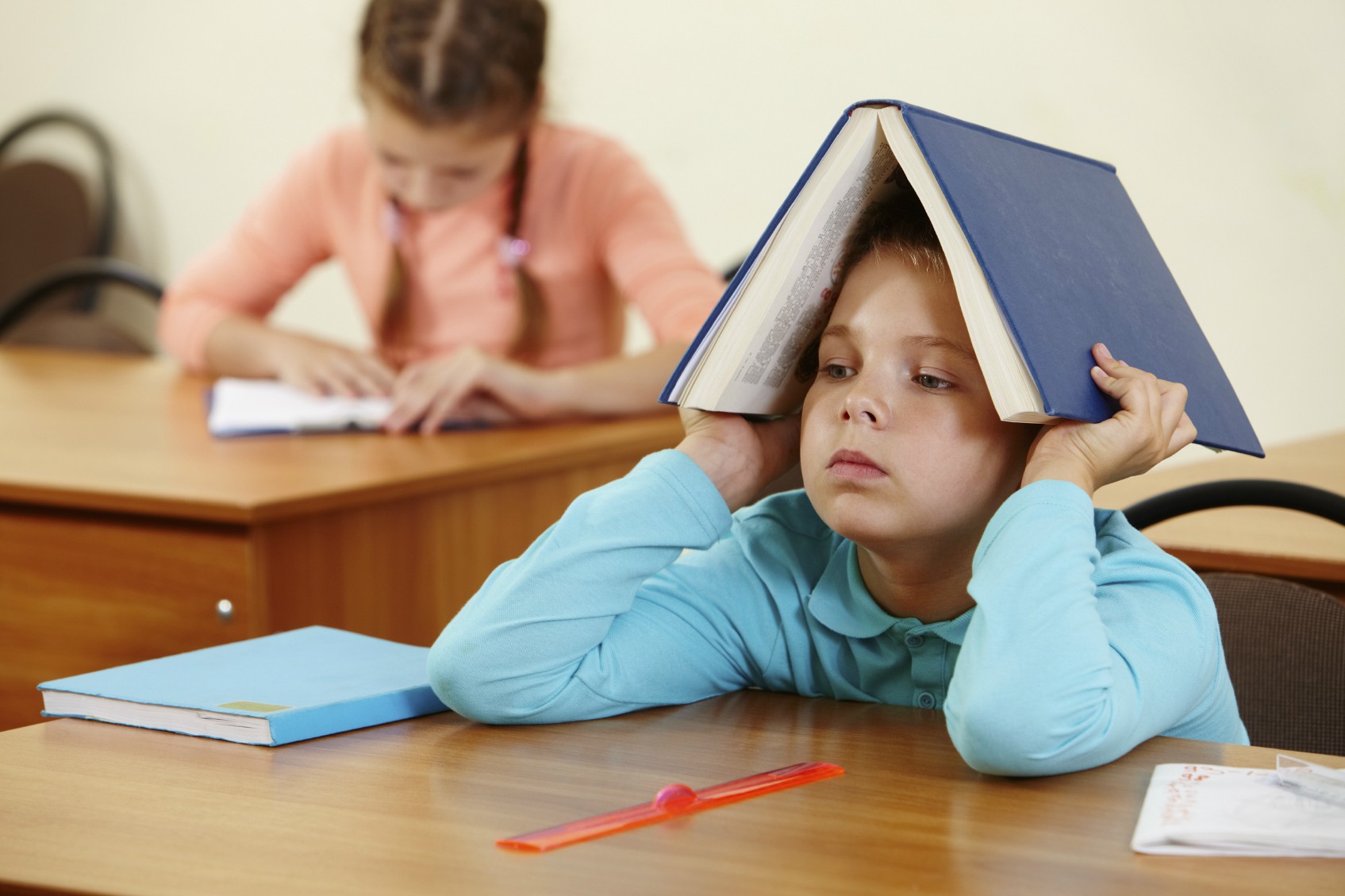 Since then, he became slow, easily distracted and would also often distract other students. His parents brought him to seek help from a psychiatrist as his conditions worsened, but only to see him being diagnosed with ADHD.

Despite that, his parents never gave up on him. They tried everything from signing him up for an expensive behavior therapy program to hiring learning specialists, specialized tutors for ADHD students and taking medications.

Zack’s Parents Were Called In

His class teacher, Miss Abigail, discussed Zack’s deteriorating performance and his distraction behavior to them.

But once she found out the underlying reason behind his behavior, she decided to help by tutoring him after school every day.

Miraculously, he started learning faster ever since then, absorbing all information without any difficulty. 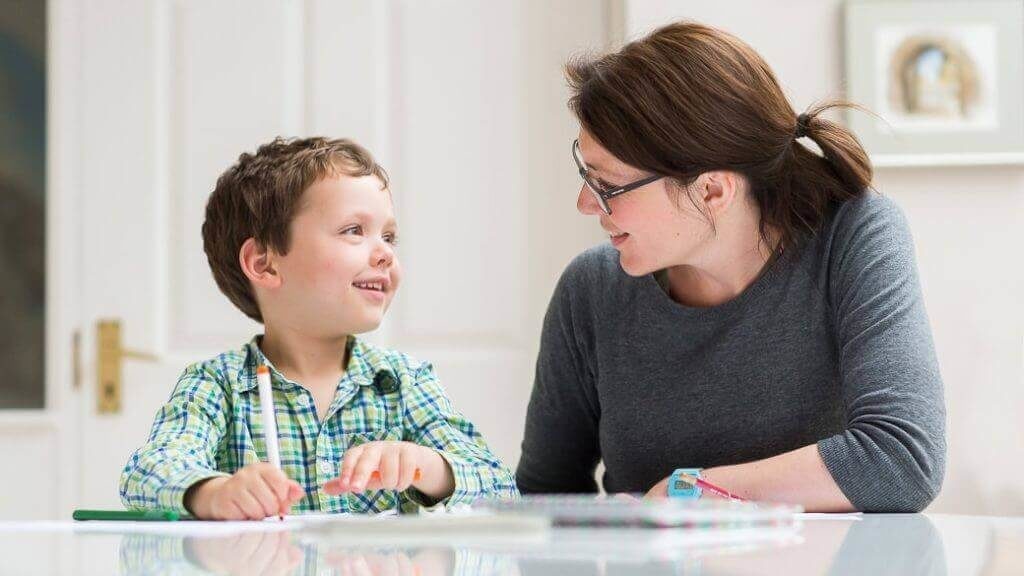 “There was a scent in her office that seemed to help me with my focus.”

“My mind was calm and clear and whenever I went for classes, I just kept getting better.”

“Then the next thing I know, I aced my tests.”

But Zack did not just score really well for his tests…

He also became the top scorer for Mathematics in his whole school, giving a shock to most of his teachers, including Miss Abigail. 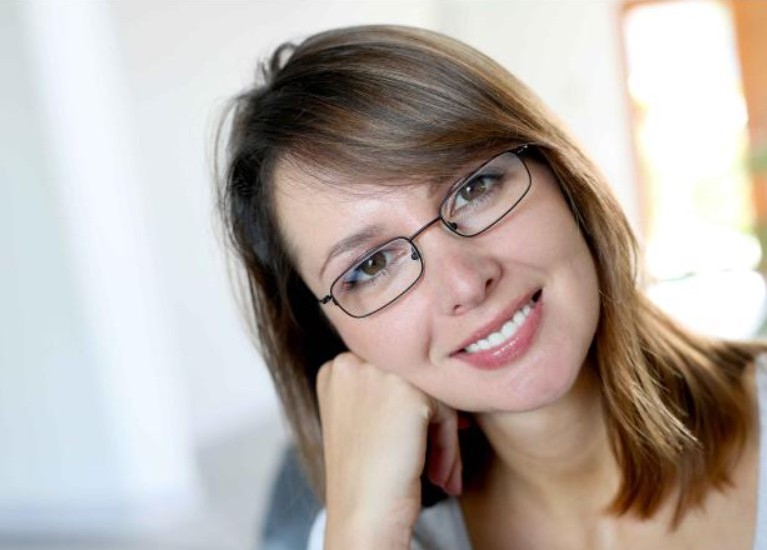 “Looking at how drastic his improvement was”

“I decided to give him the bottle of oil that gives out the scent.”

“Hoping he’d gain calmness and clarity of mind at any place besides my class.”

Skyrocketed To One Of The World’s Renown Space Institution 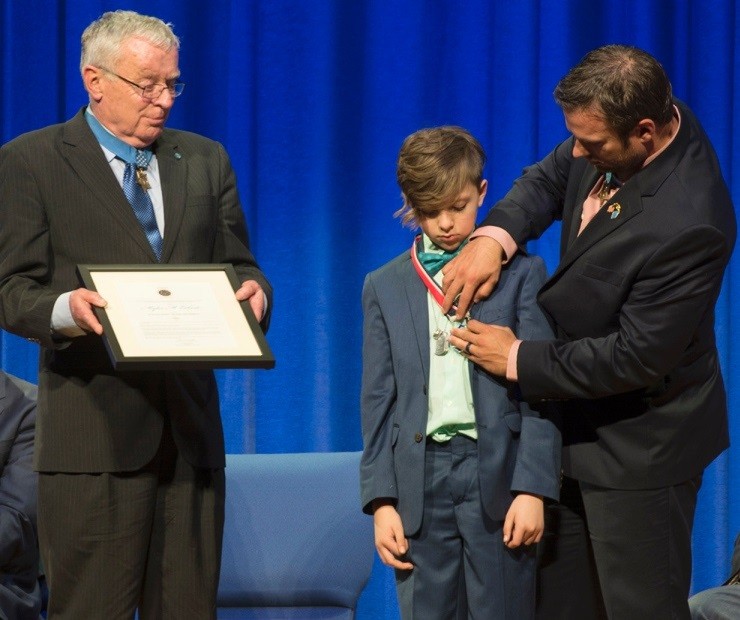 Realizing his own strength and interest in Mathematics, Zack started learning additional mathematics, calculus and anything advanced by himself.

Not long after, he reached a new height again, winning first place in multiple national mathematical competitions and making another breakthrough after solving one of the world’s hardest math problems.

His achievements caught the attention of a neurologist from NASA, Dr. Clyde Barton and before Zack could even graduate from his elementary school, he secured himself a job in NASA!

As they began working together closely, Dr. Clyde noticed Zack would always bring a tiny bottle around. Being curious, he decided to ask about it. 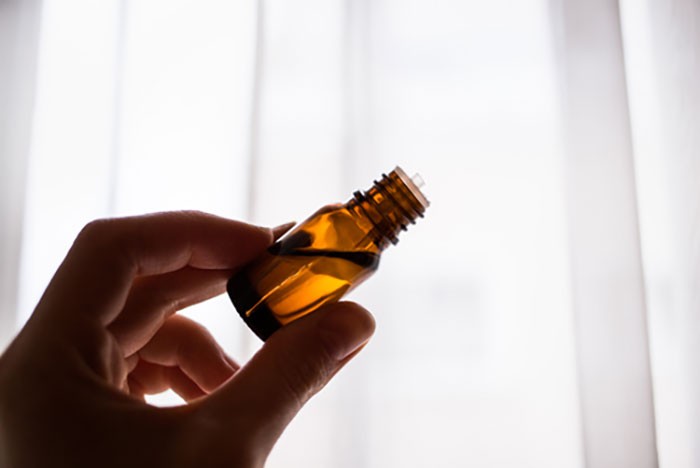 “The scent allows me to have a better clarity of mind.”

“My tutor gave it to me, noticing how relaxed and focused I was in her classes.”

Dr. Clyde knew it wouldn’t be that simple…

So, he asked for a sample from Zack and began studying its components in detail. As he expected, it was clary sage’s magnificent work all along. 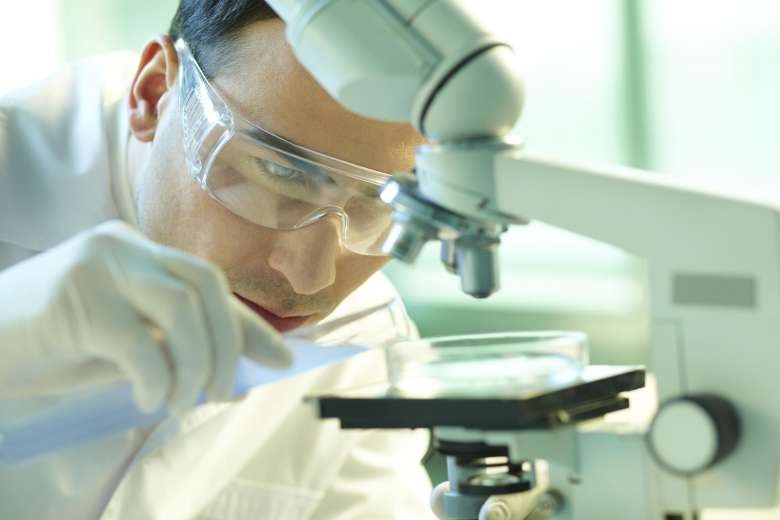 “This ingredient is truly amazing.”

“It contains a powerful constituent known as linalool”

“That improves not just cognitive health, but also emotional health at the same time.”

“Linalool even has neuroprotective effects”

“That protects your brain cells from damage.”

As clary sage contains great potential to help struggling people to gain a sharp mind and focus, Dr. Clyde started working with his team to develop an enhanced solution with amplifying effects.

Using the steam distillation method, he managed to extract linalool from clary sage and combined it with resveratrol, a natural plant compound that is well known to improve overall cognitive performance. 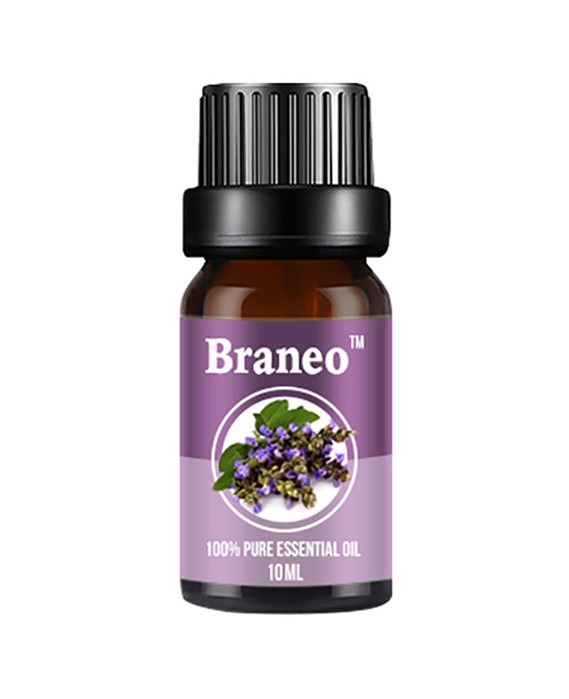 “With just the scent of clary sage itself, up to 284 olfactory receptors will respond.”

“It acts as a catalyst that stimulates the olfactory bulbs linked to the cerebral cortex and activates different parts of our brain for better focus and attention.”

“Braneo™ not only provides focus, but also improves one’s mood and cognitive function.”

“Such as prolonging attention span, improving memory capabilities and speeding up any learning process.”

“With linalool present, Braneo™ can balance your hormones during a stressful situation, allowing you to be cool, collected and ready to face any challenge.”

“Boosted by resveratrol’s properties, Braneo™ will improve your cerebral blood flow, speed up responsiveness and sustain your performances up to another level!”

To test its effectiveness, Dr. Clyde tested Braneo™ with 900 volunteers including Zack and 93% of them returned with significant positive results in which they reported a boost of clearer judgments with an accurate and faster brain processing speed. 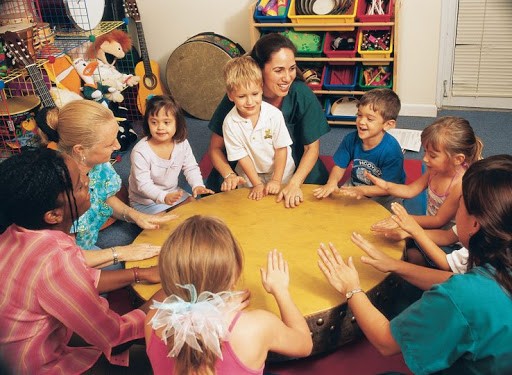 “I was surprised Braneo™ delivered better results than the one Miss Abigail gave.”

“In the past, all I had was a clearer and more focused mind.”

“But now my thought processes are sharper, faster and more accurate than they’ve been.”

“I knew this was going to help a lot of people.”

So, Zack purchased a few boxes of Braneo™ from Dr. Clyde and donated to the National Association of Learning Disabilities, hoping more would be able to overcome their struggles just like he did.

360,000 People Around The World Have Experienced A Change

Ever since the official launch of Braneo™, young learners have scored better in exams and senior employees could get their work done more efficiently.

Are you ready to be one of them to receive these gifts?

Anything is possible as long as there’s hope.